Abah's Landing Guards patrol the streets of Abah's Landing. They are members of the Tamriel Guard. While most have the same behavior as other guards across Tamriel, some holding torches can detect you while sneaking and have their detection radius indicated by an illuminated circle on the ground. 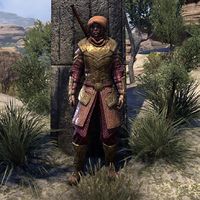 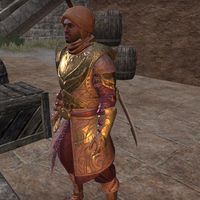 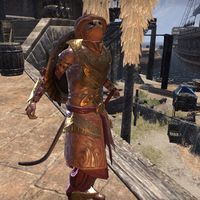 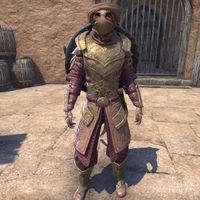 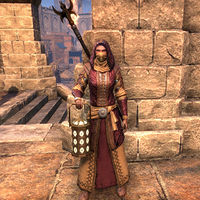 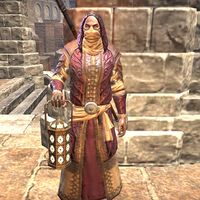 When caught with a Bounty on your head they will have some things to say to you:

Breton Female
"I'm not usually attracted to criminals, but for you I'd make an exception. After you pay your bounty, of course."

This ESO-related article is a stub. You can help by expanding it.
Retrieved from "https://en.uesp.net/w/index.php?title=ESO:Abah%27s_Landing_Guard&oldid=1995007"
Categories:
Hidden categories: