Nine generations ago, the island of Betony was conquered by the Seamount Orcs, who renamed it Betnikh. A proud, self-reliant people, the Orcs fiercely protect their new home from incursion by outsiders. 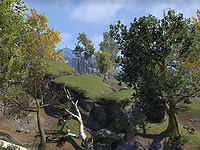 Betnikh is a small island off the southern tip of High Rock, with steep cliffs and a lush, fertile interior. Formerly owned by the Bretons, the island of Betony was conquered by the Orcs of the Seamount Clan centuries ago, and renamed Betnikh. The clan still inhabits the main stronghold, the Stonetooth Fortress.

The Stonetooth Fortress has recently been attacked by the Bloodthorn Cult; meanwhile, Captain Kaleen seeks to convince the clan to sign up to the Daggerfall Covenant. To travel to Stonetooth Fortress for the first time you must sail from Stros M'Kai via Gilzir. 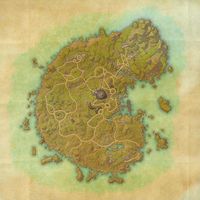 This ESO-related article is a stub. You can help by expanding it.
Retrieved from "https://en.uesp.net/w/index.php?title=ESO:Betnikh&oldid=1968846"
Categories:
Hidden category: