The UESPWiki – Your source for The Elder Scrolls since 1995
< ESO: Places: Glenumbra / Subzones
Jump to: navigation, search 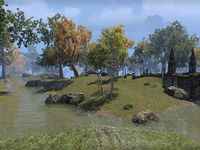 Daenia is the southern region of Glenumbra. It contains the city of Daggerfall and extends as far north as the Beldama Wyrd Tree. The Daenia Dolmen lies on the eastern coast, east of Daggerfall. The Cambray Hills border on the north.

These side quests count towards the Glenumbra Adventurer achievement. For Covenant storyline quests which also contribute to this achievement, please see Glenumbra Quests. 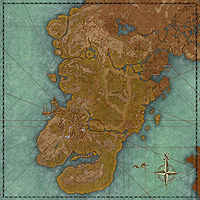 A map of Daenia
Retrieved from "https://en.uesp.net/w/index.php?title=ESO:Daenia&oldid=2034518"
Categories:
Hidden category: