The fertile valleys of Deshaan are home to lush fungal forests, deep kwama mines, and broad pastures where netches and guar graze. But all pales before the magnificence of Mournhold, home of the Tribunal and capital of the Ebonheart Pact. 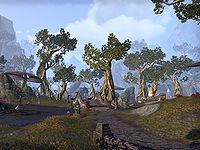 Deshaan is a region in southern Morrowind. Its plains, which surround the Tribunal Temple, are very fertile from frequent ash-falls. The southern reaches of the region gradually become more swampy, eventually merging with the swamps of Black Marsh.

The nomads of Morrowind, the Ashlanders, frequent the plains of Deshaan. They are easy to offend if you do not know their customs, but easy to please with a simple gift of any sort. If you are caught in an ash storm, they will usually provide shelter in return for a gift. 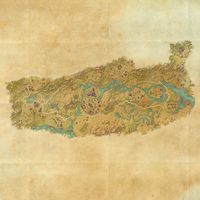 A map of Deshaan

Note: This article is a stub. You can help by expanding it.
Retrieved from "https://en.uesp.net/w/index.php?title=ESO:Deshaan&oldid=1996596"
Categories:
Hidden categories: