The UESPWiki – Your source for The Elder Scrolls since 1995
< Online: Places: Stormhaven / Towns / Quest Hubs
Jump to: navigation, search 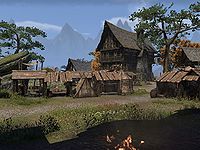 Dreughside is a shanty town located just outside the northwestern walls of Wayrest in Stormhaven.

Governed by Baron Sorick, Dreughside is home to many of Wayrest's poorer citizens. Only a few permanent buildings stand in the district, while most of the citizens reside in makeshift wooden structures. Since it is located outside of Wayrest's walls, Dreughside was largely defenseless against a recent invasion of dreugh, which killed, captured, or drove off most of its inhabitants. 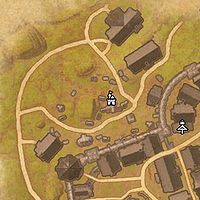 This ESO-related article is a stub. You can help by expanding it.
Retrieved from "https://en.uesp.net/w/index.php?title=ESO:Dreughside&oldid=2086641"
Categories:
Hidden category: