The UESPWiki – Your source for The Elder Scrolls since 1995
< ESO: Places: Glenumbra / Groves / Quest Hubs
Jump to: navigation, search 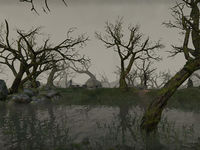 Hag Fen is a marshland area in eastern Glenumbra, northeast of Aldcroft. The Bloodthorn Cult have set up operations in the south of the marsh around Tangle Rock. They have struck up a deal with the hag coven in the northern fens to launch joint assaults on the Beldama Wyrd. 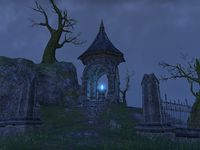 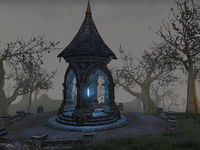 Note: This article is a stub. You can help by expanding it.
Retrieved from "https://en.uesp.net/w/index.php?title=ESO:Hag_Fen&oldid=2086708"
Categories:
Hidden categories: