Race Against Time: The Red Mountain[edit]

The Red Mountain is a location available in Race Against Time. It is unlocked after you've beaten the Cogitum Centralis. After you survived the hordes of Dwemer constructs, you'll get into possession of the next memory star and replay Sotha Sil's retreat from the Red Mountain during Dagoth Ur's rise to power. Memory stars are puzzles that can only be completed by one specific order of actions in-game. Once you complete it for the first time, you'll receive a playset of Star-Sung Bard and Galyn the Shelterer, and will unlock The Inner Curiosity provided that The Betrayal is complete.

Sotha Sil: "A dark day. Our annual pilgrimage to the Heart of Lorkhan ended in disaster. It was only through a cunning trick that we escaped with our lives."

Dagoth Ur: "Behold, arrogant tribunal! The power of the Heart flows through me and my minions. We are the gods now, growing stronger as you grow weaker. It is time to pay for your betrayal!"

Dagoth Ur: "You think you have won? I still hold the Heart. Escape while you can, Sotha Sil. I am patient. My victory will come."

Sotha Sil: "I have learned. The Heart is too important. A backup must be created. But where to store such a thing? I shall build a new chamber, beyond the Inner Curiosity."
Laaneth: "That's it. That's where the heart [sic] must be!" 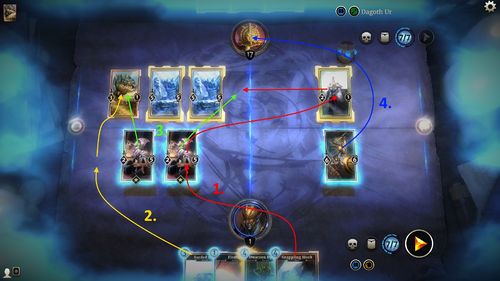 You start with 7 magicka and need to bring down the opponent's health from 17 to 0. 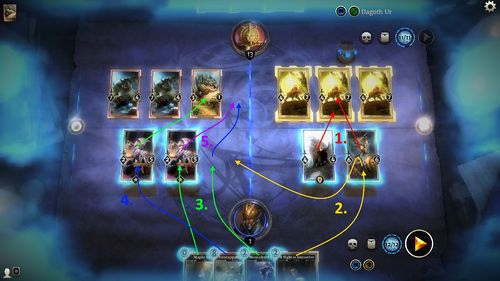 You start with 12 magicka and need to bring down the opponent's health from 13 to 0.