The UESPWiki – Your source for The Elder Scrolls since 1995
< Morrowind: Places: Vivec
Jump to: navigation, search 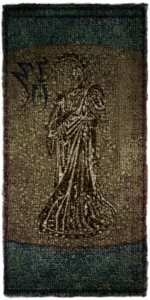 The St. Olms Canton is located next to the St. Delyn Canton and south of the Arena. Its underworks are home to the Assernerairan shrine. It also offers low-cost housing and shop space to deserving merchants. The canton is physically divided into tiers, which are, from top to bottom:

Two House Hlaalu Councilors have their home here. Yngling Half-Troll is located in Yngling Manor, Dram Bero is downstairs in the Haunted Manor, behind a locked door. If you found a lost Ebony mine, you can get a nice Daedric weapon from Bero. In the St. Olms Temple, Vaval Selas is a faction-less healer, offering potions and ingredients as well as spells.

To get here, enter The Waistworks and leave through any of the four long halls on the upper level. A Plaza entrance should be on the outside balcony, next to any of the upper-level Waistworks exits.

You'll find several trade halls here with goods from all over Vvardenfell; the Tailors and Dyers Hall, Brewers and Fishmongers Hall, Farmers and Laborers Hall all have several merchants. Nivos Drivam, a trader in the Tanners and Miners Hall, has jewels, raw glass and ebony, as well as scrap metal.

The only people here are J'Dhannar and Sevisa Teran. Roughly in the middle is the entrance to the St. Olms Storage, where you may find the Shrine of St. Felms, out of a few locations.

Addhiranirr is hiding at the east end trying to avoid a Census and Excise agent. Assernerairan houses a shrine dedicated to the god Mehrunes Dagon. A skooma addict is wandering in the side-tunnels.

Bridges connect to Arena, Temple and St. Delyn. There are no Gondola services here. 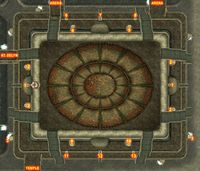 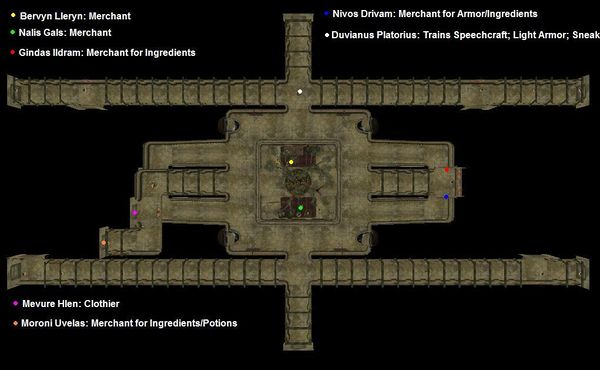 Services in the Waistworks
Retrieved from "https://en.uesp.net/w/index.php?title=Morrowind:Vivec_St._Olms&oldid=1859789"
Category:
Hidden categories: