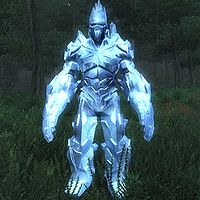 The ingredient Frost Salts is collected from dead Frost Atronachs.

Three samples of Frost Salts are necessary to activate the Atronach Altar in the Wizard's Tower official plug-in, if you wish to use the altar to summon a permanent Frost Atronach companion. (Fire Salts or Void Salts will instead provide a Flame Atronach or Storm Atronach, respectively).

9 guaranteed samples can be found in the following locations (magenta crosses on map):

Therefore, the best place to look for Frost Atronachs is in Conjurer Dungeons (circles on map), where the standard daedra that appear may be Frost Atronachs at levels 15 and higher.

Before level 15, the only places where creatures bearing Frost Salts can be found are: 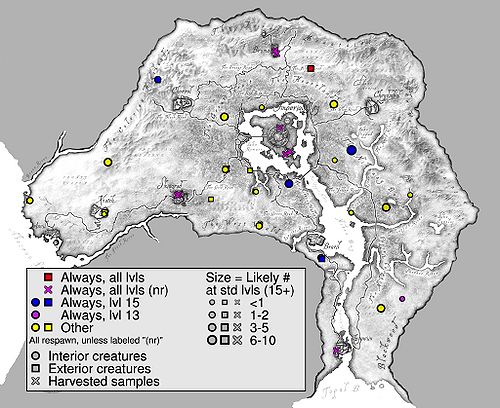