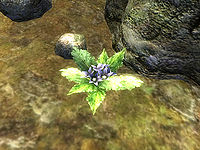 The ingredient Mandrake Root comes from the plant "Mandrake", which is most common in the western part of Colovian Highlands, and more rarely in the Gold Coast Region. It can also be found near Bravil.

Mandrake Root is a very useful ingredient in the fact that it has Cure Disease as its first effect, therefore whenever you are diseased, simply eat a Mandrake Root. Also, it typically weighs much less than Cure Disease potions, furthering its usefulness still.

20 guaranteed samples can be found. The places with the highest numbers of samples are:

It can also be found randomly in the inventories of alchemy vendors and in some loot chests.

The places with the highest concentrations of Mandrake Root are: 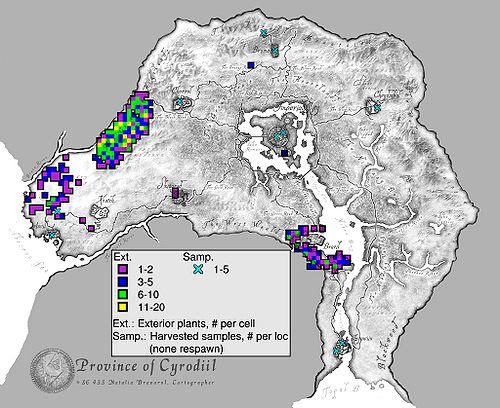