The UESPWiki – Your source for The Elder Scrolls since 1995
< Online: Places: Grahtwood / Unmarked Locations / Sewers
Jump to: navigation, search

The port city of Haven, on the border with Elsweyr, has changed hands many times. During the late First Era it was governed by the Reman Empire. More recently it has become a sort of High Elf colony. The Altmer replaced the Imperial buildings with their own—but they kept the Imperial sewer system. 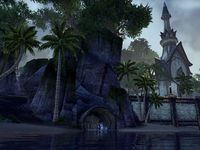 The entrance to the Aquifer

The Aquifer is the Imperial sewer system of the port of Haven. 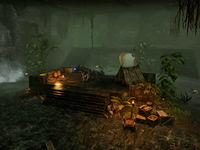 The entrance to the sewers can be found on the southwestern shore of Haven. The sewers lead to a gatehouse found inside the Haven Fort. The Aquifer is only accessible during the quest Unsafe Haven. The sewer system is inhabited by groups of Jackdaw bandits. Near the exit to the fort you will find Beast Handler Mahei-Ma and a wamasu Tsonamot. 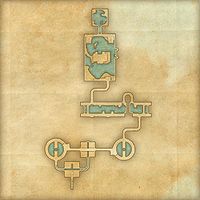 A map of the Aquifer

This Online-related article is a stub. You can help by expanding it.
Retrieved from "https://dev.uesp.net/w/index.php?title=Online:The_Aquifer&oldid=2031080"
Categories:
Hidden categories: