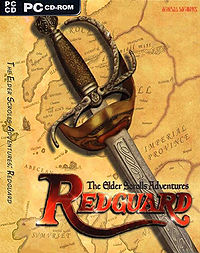 Its story takes place after the defeat of Prince A'tor, the leader of the Crowns, and the subsequent Imperial occupation of Hammerfell. You play as Cyrus, a Redguard mercenary who travels to Stros M'Kai in search of his sister, Iszara, who disappeared three months prior under mysterious circumstances.