In-game Description: The art of blocking an enemy's blows with a shield or weapon. Blocking reduces the damage and staggering from physical attacks. 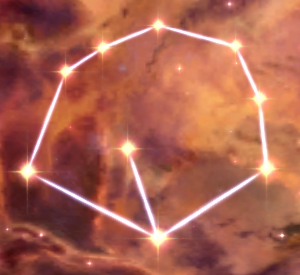 While blocking, your movement speed is reduced unless you have the Block Runner perk.

The Elemental Protection perk blocks damage to your health from spells that hit you from any direction, not just spells that hit your shield. Its damage reduction stacks with other spell resistances (e.g., resist fire) but it will reduce only health damage. The perk does not reduce damage to stamina from frost spells or to magicka from lightning spells

Blocking reduces the damage that an actor (including player character) receives to his health from a physical attack. The block cap is 85%, which means with a successful block you can negate 85% of the incoming damage. Against normal attacks (not power attacks), most shields will be able to reach the cap with 100 block skill and all Shield Wall perks. Blocking stacks with damage reduction from armor, leading to a possible 97% damage reduction.

Effectiveness of this reduction is determined by several factors:

Blocked Damage with a Weapon

Blocked Damage with a Shield

As you can see, even without enchantments or potions, a shield needs only an armor rating of 23.33... or higher to reach the 85% cap against normal attacks (this means a chitin shield or better for light shields, or a steel shield or better for heavy shields). When blocking power attacks, "Blocked Damage %" is multiplied by the fBlockPowerAttackMult variable, which is set to 0.66, so it will block less damage. This implies that to get the full 85% block cap for most shields under all types of attacks (normal or power), a further 52% (1 / 0.66 - 1) Fortify Block is required using any combination of enchantments/potions in addition to having 100 Block skill and all shield wall perks, if you had a 23.33... shield. Without any enchantments or potions, with full skill and perks, you would need a shield with a base armor rating of 81.7171... or higher, which does not exist in the game. How much fortify block you need is higher the worse your shield; to provide some perspective, here is how well every forgeable shield in the game works, plus Spellbreaker (remember, you can't actually put a custom enchantment on Spellbreaker; it is only there for perspective):

The use of NPC's weapon damage instead of the actor's in the block calculation is most likely a bug, as creatures do not carry weapons and blocking with a weapon against a creature always blocks 30% times multipliers. By contrast, if the actor's weapon damage used, instead of warhammers being easier to block than daggers, warhammers become easier to block with than daggers.

Tapping the attack button while blocking will bash your opponent with a shield or weapon. Bashing is an attack to an opponent's health; it carries a chance of staggering an opponent and of interrupting an opponent's power attack. This applies to dragons as well, whose "power attacks" are shouts. If you acquire the Power Bash, Deadly Bash, or Disarming Bash perks, press and hold—instead of tapping—the attack button while blocking to achieve the associated benefit. You can bash (with or without benefits from perks) with two-handed weapons as well as shields; but if equipped with a bow, you can perform only a regular bash. Bashing with a torch will set opponents afire.

Fortify Block enchantments and potions do not increase bash damage. The highest possible damage with a weapon is 105 (Dragonbone Warhammer) and 71.25 with a shield (Spellbreaker).

If you consume vegetable soup or any food item that regenerates stamina over 720 seconds, you can shield bash or power bash an unlimited number of times, resulting in your target being continually staggered (or stun locked) and unable to attack you. This will slowly kill them and level your Block very quickly while protecting you from damage. If you want to level Block quickly, do not take the Deadly Bash perk, as even on Master difficulty you will quickly kill bosses with shield bash.

You can also quickly increase your block skill by engaging a weak opponent, such as a single mudcrab, and continually blocking its repeated attacks. Holding down your block button should increase your blocking by at least 2-3 levels per minute. This only works effectively at lower levels. At early-medium levels, stronger opponents can do the same thing: e.g., wolves and their variants. It is more convenient if you can position yourself next to a barrier (such as a tree). This will reduce the amount of maneuvering you will need to do because the opponent will often attack you from different angles. Standing next to a tree reduces the frequency of this.

For mid-high levels, the same technique can be used against giants and mammoths. If you wish to level up your block skill later in the game, some ideal opponents are the Draugr Deathlord or Dwarven Centurion, because of their powerful physical attacks. By continuously blocking such attacks, healing your health and stamina as necessary, you can raise your block skill from its base level to level 75 in about 10 minutes, and to 100 in about 20 minutes.

Using 4 Block enchantments (40% each on shield, hands, finger and neck), the Warrior Stone, the Lovers' Comfort bonus, and the Lovers Stone (via the Aetherial Crown) Block can go from 15 to 100 in under 13 minutes by engaging a single giant on Legendary difficulty.

If your blocks are very strong, you can get the last points by blocking dragons after forcing them to land (about 5 hits by an Ancient Dragon for one level when over 90).

Once you become the Harbinger of the Companions, you can exploit the Follower/Trainer method with Njada Stonearm.

If you got into a brawl, you can equip a shield and a healing spell (or otherwise restore your health) to block attacks and protect against too much damage. Bashing also increases points toward raising your Block level, while brawling or otherwise.