In-game Description: The art of combat using one-handed weapons such as daggers, swords, maces, and war axes. Those trained in this skill deliver deadlier blows. 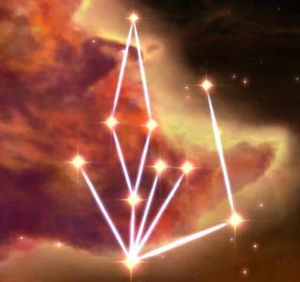 * The bonus damage is calculated using the base damage of the weapon.
** Paralyzing Strike's effect is affected by Alteration-modifiers, such as the Stability perk. It also has a chance to activate of 26%.

Approximate weapon characteristics are given in the following table:

"Speed" determines the frequency of attacks, in number of attacks that can be performed per second. "Reach" determines how far away an opponent can be and still be hit by the weapon. "Stagger" multiplies your base Staggering chance by this amount.

It should be noted that the overall weapon damage balance is only kept when the weapons are not upgraded or enchanted. As soon as you start smithing or enchanting your weapons, the damage shifts more and more in favor of the faster swinging weapons - especially daggers. For example, a Legendary Iron Dagger has damage per second of 18.2 - 20% higher than a Dragonbone Sword, and as it swings 30% faster it would also apply enchantments 30% faster. However, daggers have no stagger value and shorter reach; as such, swords are usually preferred. This problem is further exacerbated by the fact that heavier weapons consume more stamina for power attacks, and axes/maces are heavier than daggers/swords.

The Dual Flurry perk also works on regular attacks. As long as you hold a weapon in your off-hand your main hand will swing 20%/35% faster, even if you don't use your off-hand at all.

The Bladesman perk works off of the base damage of the weapon, which is a fraction of your total damage at high levels. For example, using a Legendary Daedric sword with 100 One-handed skill and 5/5 Armsman perk levels, you will deliver 72 damage per hit. However, base damage for a Daedric Sword is only 14; so with 3/3 Bladesman perk levels, you would have a 20% chance to cause an additional 10.5 points of damage, resulting in an average 2.1(~3%) damage per second increase.

The Bone Breaker perk has nothing to apply to most of the time. For example, the Dremora Lord - one of the most heavily armored NPCs in Skyrim - has a total Armor Rating of 193, giving it a damage reduction of around 35%. Level 3 Bone Breaker would reduce it to around 18%, or in other words: increase the damage you do from 65% to 82%. It is useful to note however, that the relative damage gained when moving from 65% to 82% effective damage is actually more than the face value of a 17% increase due to that figure being contextual to the base damage of a strike against an unarmored opponent, and not contextual to the actual end damage done by each strike. If a base damage strike of 100 is diminished to 65 by armor rating, and raised to 82 with the presence of Bone Breaker, the contextual damage increase actually exceeds 26%(82/65), and is therefore quite useful against heavily armored opponents, as rare as they may be. Most other enemies, like Bandits or Falmer however, will not even have half of a Dremora Lord's Armor Rating, and many more, like all animals, Dwarven constructs, and Dragons have no Armor Rating at all.

Hack and Slash causes extra damage over a given period of time based on the material of the battleaxe used. It's stackable and ignores armor. Things that don't bleed, however, such as undead and Dwemer constructs, are immune to the effect.

* The duration of level 3 Hack and Slash for Orcish axes is erroneously twice that of first two levels. (details)
** Nordic and Stalhrim axes are not included in the list for this perk

‡ Dragonbone axes benefit from this perk with only Dawnguard installed. The Dragonborn add-on makes alterations to the perks that remove the axe from the list.

The following races have an initial skill bonus to One-handed: