In-game Description: The art of combat using two-handed weapons, such as greatswords, battle axes, and warhammers. Those trained in this skill deliver deadlier blows. 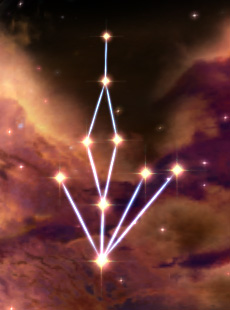 Limbsplitter causes extra damage over a given period of time based on the material of the battleaxe used. It's stackable and ignores armor. Things that don't bleed, however, such as undead and Dwemer constructs, are immune to the effect.

While the One-handed skill can easily exceed this level of damage with dual-wielding, two-handed weapons retain the ability to block. However, the effect is diminished, and two-handed weapons prevent you from equipping a shield, thus preventing the use of certain Block perks that specifically use shields (e.g. Deflect Arrows, Elemental Protection).

The only long-term advantages of two-handed weapons over a one-handed weapon and a shield (which has superior blocking, and due to the nature of how smithing works, higher DPS eventually) against a single target are greater stagger, as previously mentioned, and reach: there's a sweet-spot where a two-handed wielder can attack freely without worry about getting hit by one-handed or creature attacks.

In regards to individual perks, both weapon skills are very much alike, making the choice of Two-handed over One-handed mostly preferential. For example, Limbsplitter, Deep Wounds, and Skullcrusher are the Two-handed parallels to One-handed's Hack and Slash, Bladesman, and Bone Breaker perks, respectively; they have almost completely identical effects, but affecting either one- or two-handed weapons. However, Two-handed has a unique Sweep power attack that strikes multiple foes, meaning if you can maintain it (such as via vegetable soup), its speed becomes a function of how many opponents you can keep within the Sweep, raising your DPS against hordes. There is no equivalent in One-handed, which instead gets perks to support dual wielding that raises its speed while dual wielding and its power attack damage while dual wielding; for comparison, a dual wielded dagger with both speed perks is functionally speed 1.755, while a sweeping warhammer needs 3 opponents within the sweep to be functionally speed 1.8.

Approximate weapon speeds are given in the following table:

Exceptions exist; particularly notable two-handed weapons include Volendrung and The Longhammer, which are warhammers that swing at faster speeds (battleaxe and mace, respectively), and the Headsman's Axe, which is a battleaxe with longer reach (making it easier to catch multiple targets in a sweep).

The following races have an initial skill bonus to Two-handed: