The UESPWiki – Your source for The Elder Scrolls since 1995
< Morrowind: Tes3Mod: Tamriel Rebuilt: Places: Regions
Jump to: navigation, search

Molagreahd is a series of fertile plains divided by the jagged ranges of Boethiah's Spine. Generally flat with sparse but consistent tree cover. This region contains the prominent Telvanni towers of Tel Ouada and Llothanis, as well as a major Imperial fortress at Firewatch and numerous smaller settlements and plantations in between. — Tamriel Rebuilt 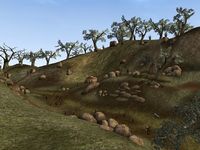 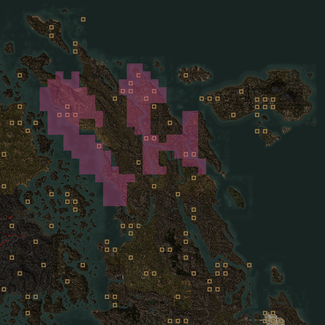 Map of the Molagreahd region

Molagreahd is a region in the Telvannis District of Morrowind, consisting of rolling hills and fertile pastures. It is divided into two parts that are separated by Boethiah's Spine.

A list of places found in the Molagreahd region.

* These places are technically in Azura's Coast, but are listed here because this is the closest Tamriel Rebuilt region.

This Tamriel Rebuilt-related article is a stub. You can help by expanding it.
Retrieved from "https://dev.uesp.net/w/index.php?title=Tes3Mod:Tamriel_Rebuilt/Molagreahd&oldid=2089372"
Categories:
Hidden categories: